At Claddagh Records we provide a top quality Mail-Order service. We release the best traditional music in Ireland. We have access to more traditional Irish music than any other company, and we can send it anywhere in the world.
Claddagh Records was founded in Dublin in 1959 by Garech Browne. The first album it produced was the classic R na bPobair (King of the Pipers) by Leo Rowsome. The second Claddagh album was The Chieftains, the very first recording of the now world-famous traditional group. Claddagh went on to make many more fine albums of the Chieftains.
During the next number of years Claddagh Records published many of the best traditional artists of the time. It was a revolutionary label also in the sense that it set out to present the leading literary figures in Ireland. Poets such as Patrick Kavanagh, Austin Clarke, John Montague and Seamus Heaney have made records for Claddagh, and the label has also recorded major Scottish poets such as Hugh Mac Diarmid, Sorley MacLean and George MacKay Browne.
Claddagh RecordsToday, Claddagh continues to release the best traditional music in Ireland. Among the musicians who have recorded on Claddagh recently are Peter OLoughlin and Ronan Browne on fiddle and pipes, Harry Bradley on flute and Brian Rooney on fiddle. The work continues and the company hopes to make many more timeless and enduring recordings.

In our shop at 2 Cecilia Street, Temple Bar, Dublin 2, we have the finest display of recorded traditional music anywhere, with people coming from every country to purchase and sometimes just to get advice. Our customers include many of the most famous names in the traditional world. 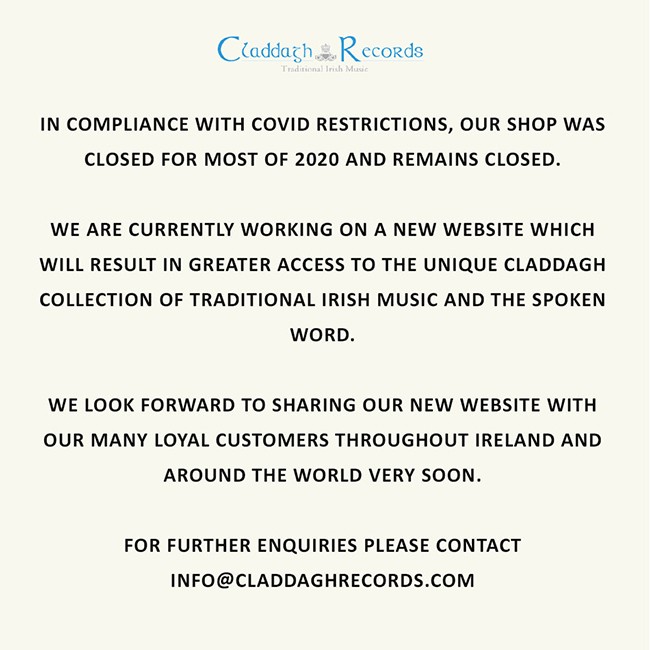 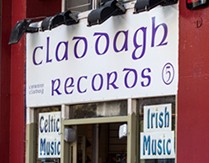 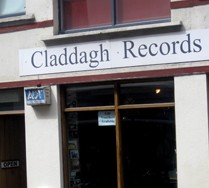